Well, I don’t know what to say. That’s been the problem lately, and why I haven’t posted anything. I just feel like I don’t have anything interesting to say, or like I’m wasting my time sitting here at this computer. I really hate that. I go along really good for awhile and then…BAM…. I’ve lost interest, or I’ve lost the motivation and I quit altogether, at least for awhile. I mean, how hard is it to just make a point to write even just 1 or 2 days a week?

So I’m blaming it on the fact that, well, yes, I am just an unorganized wreck, BUT,, It is really tough with 3 kids. Much tougher than with just two. 3’s a crowd? Yes,,, Yes it is. Don’t get me wrong. I LOVE my baby. He’s been a very good baby, it’s just I feel like I’ve been in a kind of survival mode ever since he was about 4 months old and started staying awake for longer periods during the day. The first few months were GREAT. He slept much of the time and so there were many times that it was like I only had two kids again :)  Now I feel like I just want to stop and not do anything until he is walking, sleeping all night in his own room and going to bed at least by 10pm!

Anyway, I know I could avoid at least feeling depressed by all this if I’d just prioritize and organize.  I’ve gotten a bit motivated by Allison O’s Tuesday post for her organization week at O My Family.

So Anyway, here I am again. I’ll give it another go….(but I’m not making any promises! :) 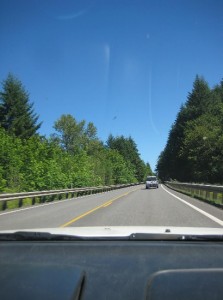