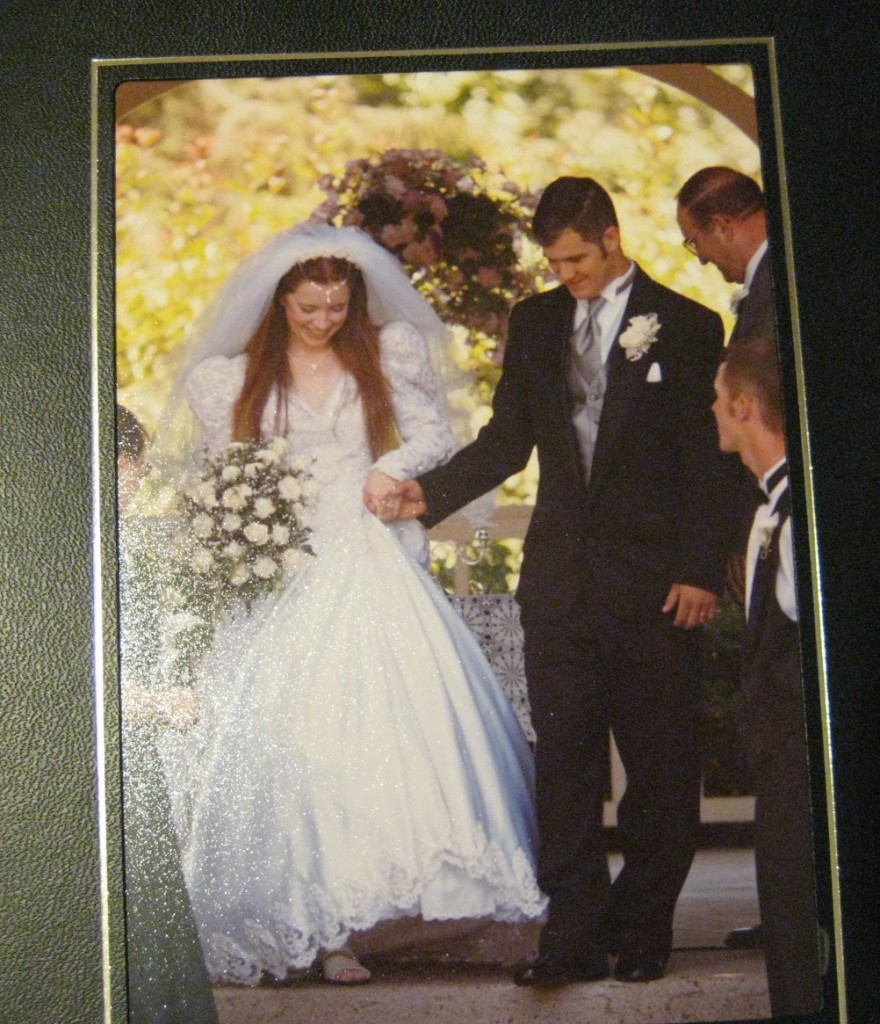 10 years ago today, I married my man. The first time I met him was after my high school graduation, June 2008, after the very first church youth rally I went to for Missionary Baptist churches that fellowship together here in Oregon and Washington. I asked Christ into my heart as a child, and had always had a strong desire to serve my Lord. I had been to several other churches, but there was just something missing. I knew that God’s Word taught that I needed to be baptised and  join one of His churches in order to fully serve Him. When I went to this youth rally, I knew this was where I needed to be. The message preached, really wasn’t anything new that I hadn’t heard before, it wasn’t charismatic, nobody dancing around or clapping hands. Pretty much a salvational message, but the Spirit was there. My aunt and uncle are the ones that invited me, and during that summer I spent many weekends at their house. At the time it was kind of the “hangout” for some of the youth from other churches.

So back to meeting Chris. I remember after the youth rally some of the youth were going to hang out at my aunts nephews house, who was about my age. I remember seeing Chris pull up( he went to the Church there), and thinking “Wow, he’s kinda hot” :) He had some cool lookin’ shades on…lol

So I kind of had my eye on another guy at the time and for a little while after that, but many times when I went to my aunt and uncles house Chris was there. At first I thought, “he’s too old for me” LOL cause he’s 4 years older!  I was 17 going on 18 at the time. But what struck me about him, especially at the time since I was really on fire about wanting to serve God and follow Him where ever he would lead, is that Chris was always talking to my uncle about the Bible. They would always get into some sort of biblical discussion when he was there. He just seemed like he was really serious about God, and that was the most important thing I wanted in the man that I would marry.

Chris also talked to me, unlike the other guy. :) I was very shy, especially around boys…er…guys(men?) not sure what to call them at that age! haha. So he had absolutely no problem taking over the conversation, which was totally fine with me! But he wasn’t selfish either, only wanting to talk about himself. No, he always asked me about myself which helped me to feel comfortable talking to him.

So I know this is getting lengthy, but I love telling “our” story! I think it’s just amazing how God works, and I know without a doubt that He brought us together!

So I waited awhile to be baptised, since I wanted to learn more about this church and what they believed and to make sure it matched up with the Bible, and that this was indeed where God wanted me.

I can’t tell you how my heart lept every time I saw him! And when he asked for my number on my birthday (this was August 7th), I almost died! He lived about an hour away from me at the time, so we only saw each other on the weekends once we started dating…but I’m getting ahead of myself….So we talked sometimes 2 hours on the phone a couple nights a week. I looked forward to those phone calls! We talked, we laughed, we got to know each other.

So he asked me out the day after I was baptized on September 1st 1998. We were engaged a year later, and then married a year after that. For two years we pretty much just saw each other on the weekends, unless he had a day off of work or something, but I wouldn’t have changed a thing! I think it was so good for us to spend so much time talking on the phone. We learned to talk to each other, and we talked about everything! We learned to communicate, and that is one of the most important things in a marriage. Now I can’t say that we’ve always communicated well with each other over these 10 years, but it’s something that you have to keep working at. It’s so easy to start taking each other for granted, and stop talking about everything, and before you know it, you’re feeling a bit distant from your spouse.

So that’s our story….Oh yes, the proposal…well, he talked to my dad first, which my dad thought was weird, cause, I mean, who does that anymore? lol, and then he proposed to me out in the barn, with the bales of hay and a few horses as our witnesses! :)  He didn’t get down on one knee, because that’s just not him. Just pulled out the ring, and said “Melissa, will you marry me?”  And, of course, I said”yes”.  Oh, yes, and this was on my birthday that he proposed. It wasn’t a surprise really, we had talked plenty about marriage before this, but that’s ok. :)

I think it’s pretty neat that Chris was only the second guy I ever dated. If I’d have just been patient my senior year, he could have been the first! (the first guy was a temporary lapse in judgment on my part and only lasted 6 weeks!) I had several lapses in judgement my senior year!lol, and yes, I do regret them, I won’t say that I don’t.

So that’s it. 10 years and 3 kids later, we’ve had our ups and plenty of downs, but as long as we both stick close to the Lord, we’ll be able to have a happy marriage that will last till “death do us part”. I love my husband, even though I take him for granted way too much sometimes (I’m trying to work on that) 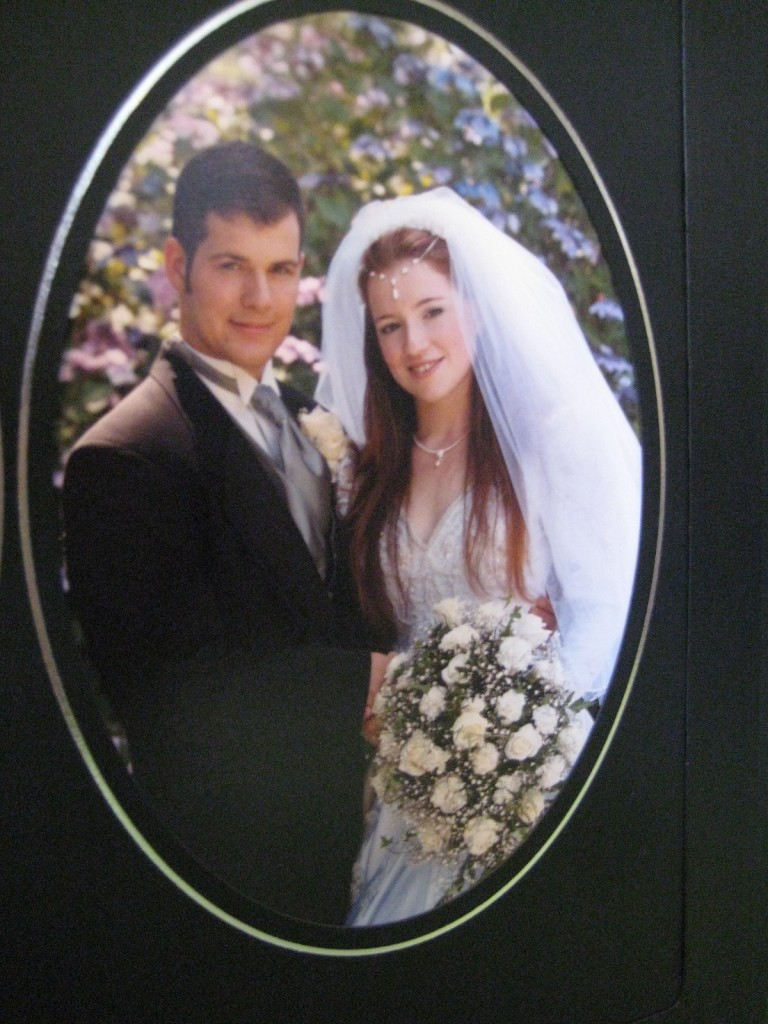