So I have to say, last week was one of the worst weeks I’ve had in quite awhile. Seriously, it just was one of those weeks that you wish had never happened. Now nothing “tragic” happened, and I know there are plenty of people who have had and are currently having a much worse time than I had, but for me, it was just no good. Part of the reason is that I was in a horrible mood all week which had a lot to do with a recurring headache that woke up with me every morning. Then it seemed like the boys were just constantly at each others throats more than usual, which very well could have actually been due to my own attitude affecting them.
Many times we don’t really stop to think about how we are affecting others. We might blame the kids for our bad mood, but maybe they are acting up more Because of our mood.
So I had some things to think about toward the end of last week. But on Friday, I finally remembered I still had some childrens Benadryl and I remembered the last time I had a headache that Ibuprofen couldn’t tame, I took Benadryl and the next day it was gone. So I took some Friday night, went to bed early in Cman’s bed while putting him to sleep. Sometimes that’s the only way I can go to sleep earlier since my hubby has been practicing songs late at night to get ready for doing shows for his new music album (which I haven’t put up on his website yet so you might want to go to his facebook page to hear some of his new songs).

Anyway, I woke up the next morning feeling so much better!

And we got a lot of stuff done on Saturday. We got a door put up between the kitchen and the back laundry room and I got a lot of cleaning done so that our home actually feels comfortable now. We also got a new toilet which was long over due since the old one had to be manually forced to stop running after flushing it. We were actually forced to get a new toilet because Cman decided when he was taking a bath on Friday that it would be fun to flush some matchbox cars down the toilet! I was able to fish one out, but the other one escaped my grasp. All seemed ok until later that day when the toilet started backing up and flushing really slowly and then I ended up having to clean up the floor not once, but twice!

That was on Friday when I was still in a horrid mood! So since the plunger wasn’t working and a snake didn’t work, the hubby was going to take the toilet off anyway to get the car out, so I said “why don’t you just go get a new toilet?” . We got a home project loan from Home Depot a month ago so we could add a wall for a new bedroom and do some other fixing up in our house to get it ready to sell while not having to pay any monthly payments or interest for 6 months, which is awesome! We got approved for much more than we expected too. So, hey, we need a new toilet anyway, so why not just go down and get one? lol

But it is soooo nice to have a new toilet. The water bill should be much nicer too since this toilet doesn’t have to fill up near as much and then the issue with the old one running too long if someone didn’t stop it. I can’t wait to see the bill!

So this week so far has been much better. I’ve been trying to focus more on letting God help me with things instead of drawing away from him when my temper flares (and trying to take care of it on my own). I’ve also had the boys on more of a schedule with schooling in the morning, lunch, then bible time, then exercise time and then game time on the xbox which is then work on the computer time for me :) Then after that is some more housework.

Anyway, it just really helps, for one, not to have a constant headache, and two(and most importantly), to focus more on the Lord and allow him to lead. I need to take my own advice much more often, but I’m working on it!

Well, it’s game day for the Oregon State Beavers today. My husband was going to take NBoy and Ekid with him to a friends house to watch the game, but then the neighbor boy came over and really wanted Nboy to stay and play, so reluctantly I said okay. This is Nboy’s first time having a neighbor kid to play with right next door and they’ve been playing almost every day and he is thoroughly enjoying having a friend so close. So I just couldn’t say no.

So now I’m hoping Baby will take a nice long nap, and Nboy and his friend will kind of stay out of my hair so I can get the back yard rototilled (how in the world do you spell that word?).

My husband has been so nervous for this game. The Beavs are up against Boise State and playing on their blue turf. Can you believe someone actually donated tons of blue paint so they could paint a practice field blue to prepare for this game? LOL  I guess you do what you have to to have an edge!

So if the Beavers don’t win, I’m going to have a very dejected husband later tonight.

I’m also looking forward to tilling up the back yard and getting it planted with grass in a couple days! It’s been bare for too long. I want a nice green yard! Of course that means I’ll have to start picking up the dogs poop……

But it’ll probably be worth it…..

Maybe I’ll make Nboy do it……

So who do you think will win? OSU or Boise State, or do you even care? :)

Oh, yes, and this is our wonderful dog King…… 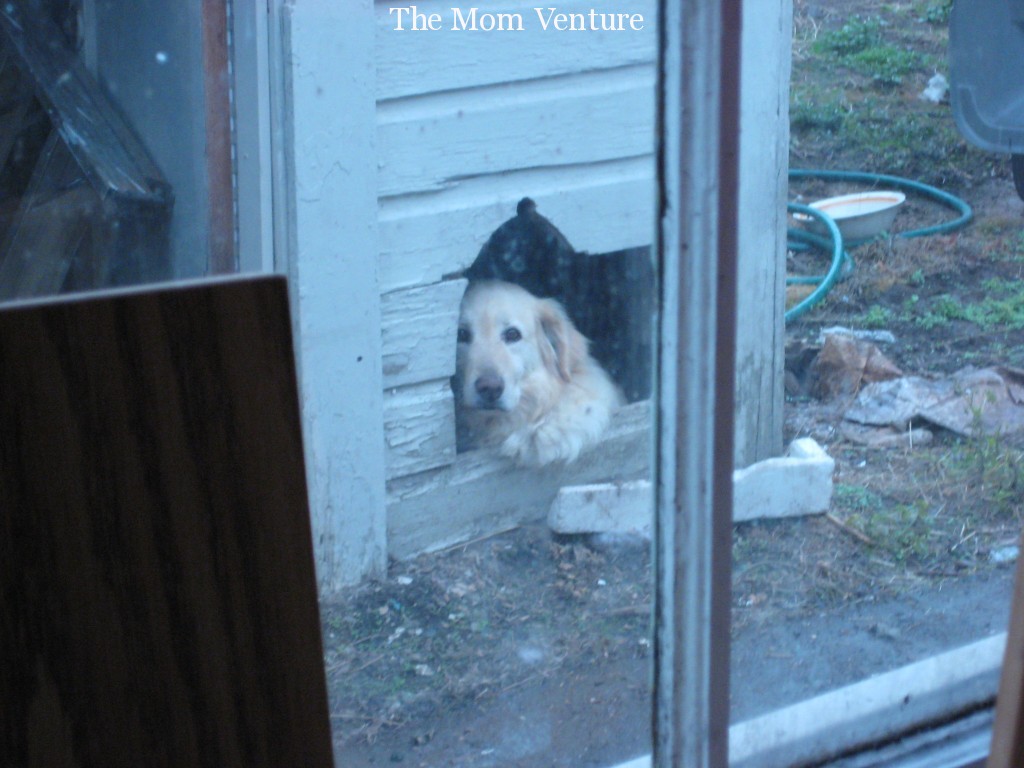 And this is what my home looks like today…. 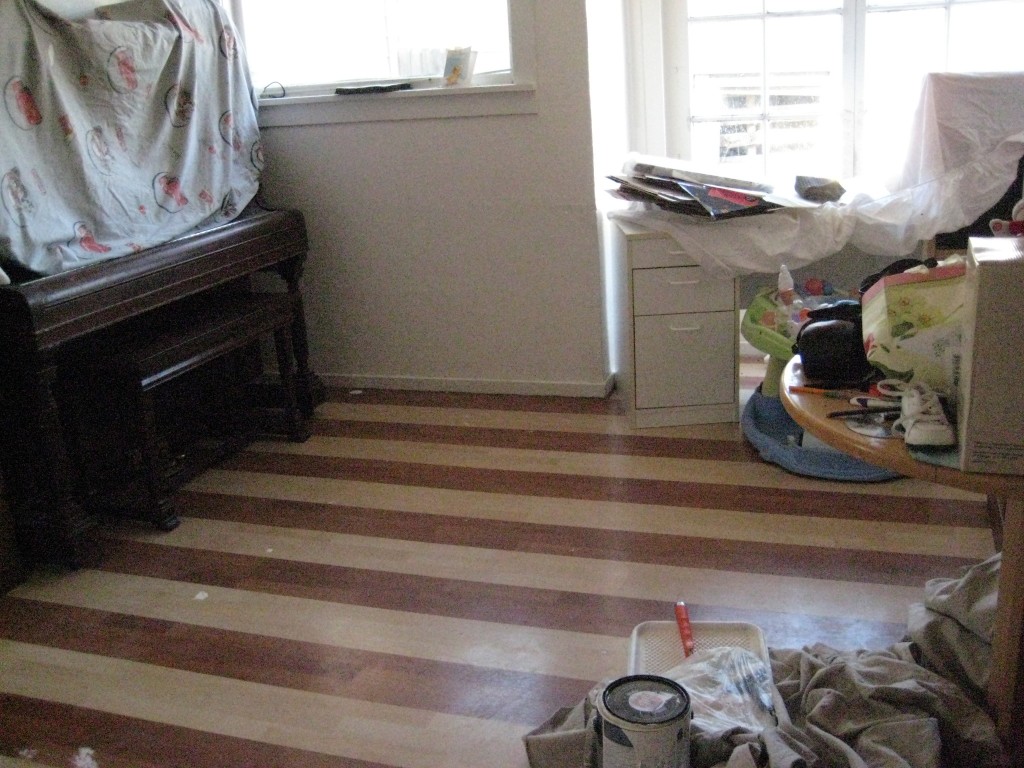 Of course later this evening it’s going to be filled with the boy’s stuff from thier room so we can paint that. 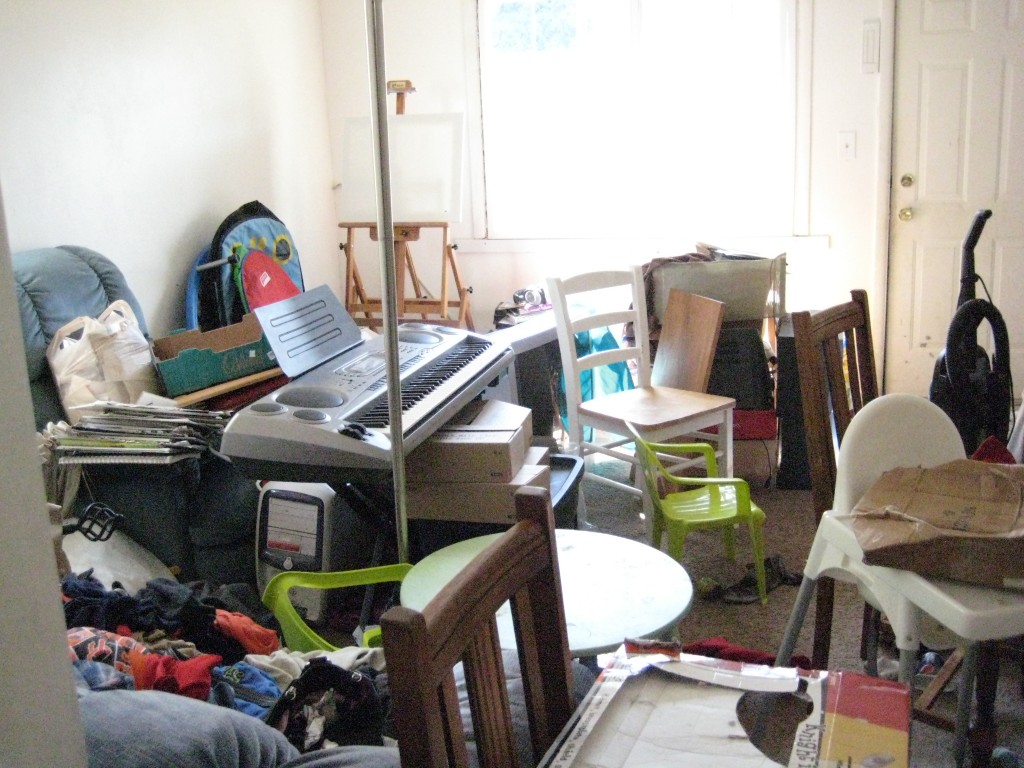 But I am Loving the freshly painted walls!

There are words, really, there are….. 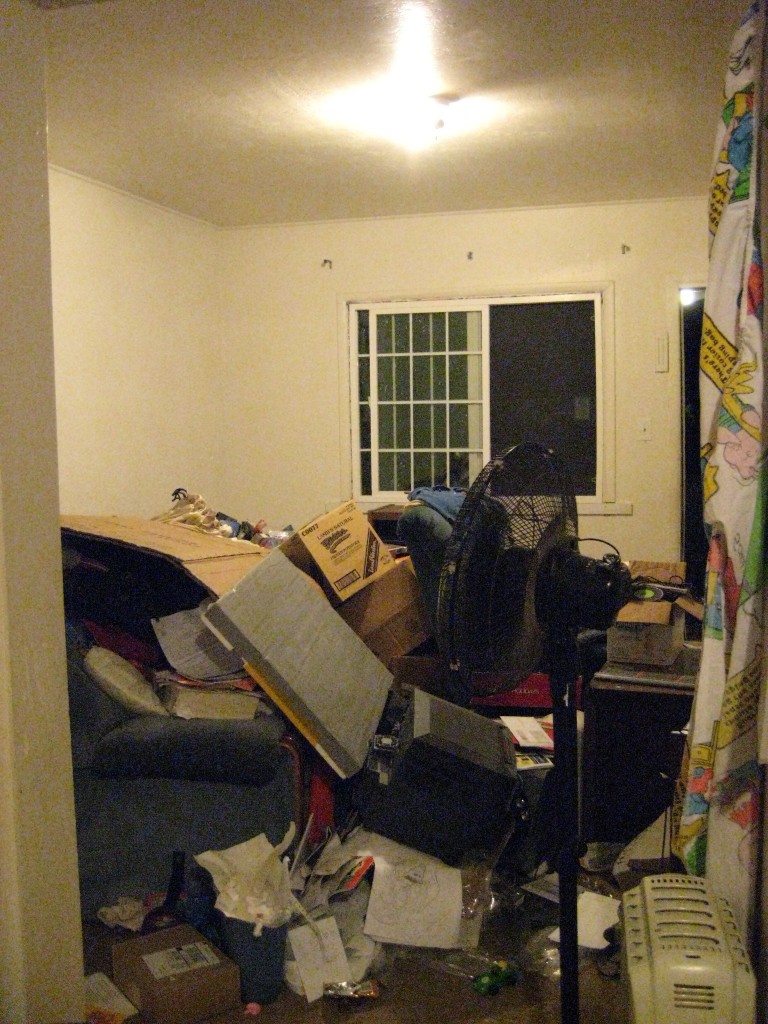 This is what happens when your husband suddenly decides we’re going to texture the livingroom walls TONIGHT…. 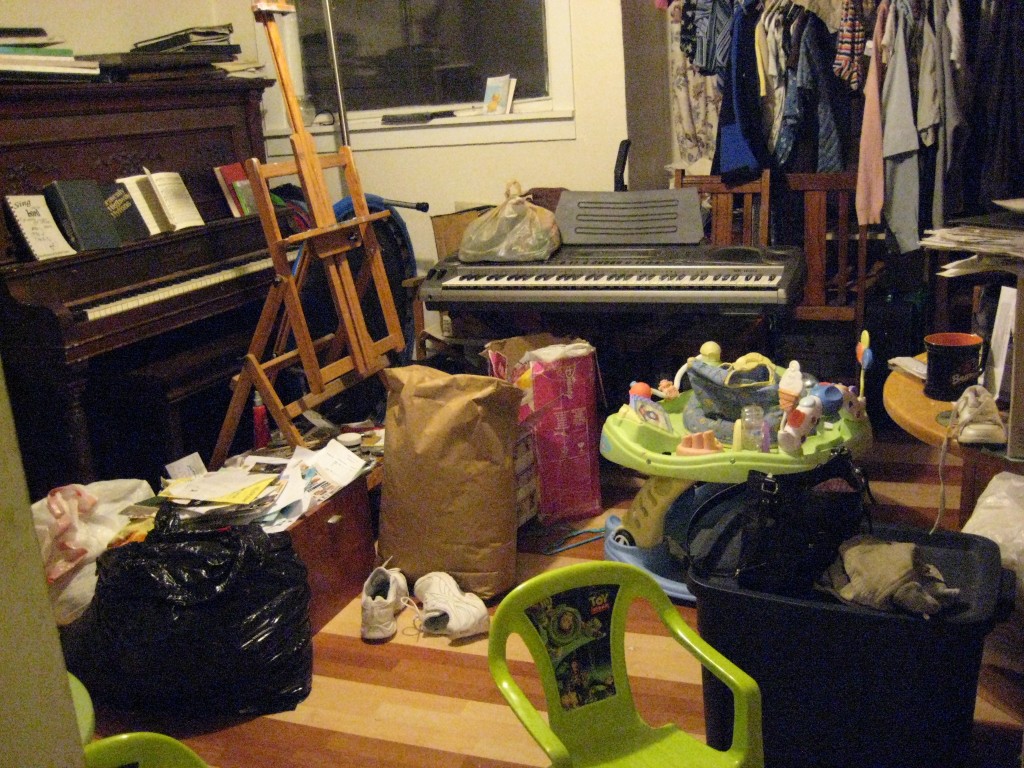 You can imagine what’s going through my mind……